The Layout of the Castle

The fort was constructed in the form of a rectangle, with narrow flanks (cortines) and four bastions on top. Each bastion had its name; the southeast bastion was named Zuliano or bastion Canal, the northeast bastion was named Marcello or bastion Priuli, the southwest bastion was named Pugliana or bastion Pojana and finally the northwest bastion carried the name of its designer - De Ville. Cannons were mounted on the bastions. There was an open courtyard with a well in the centre of the fort with the armoury and accommodations organized around it. Since the fort had been conceived and constructed during the Thirty Years War, with the conclusion of the war and the signing of the Peace of Westphalia in 1648 it fell into oblivion. With the cessation of the Uskok threat all the works on the fortress stopped. 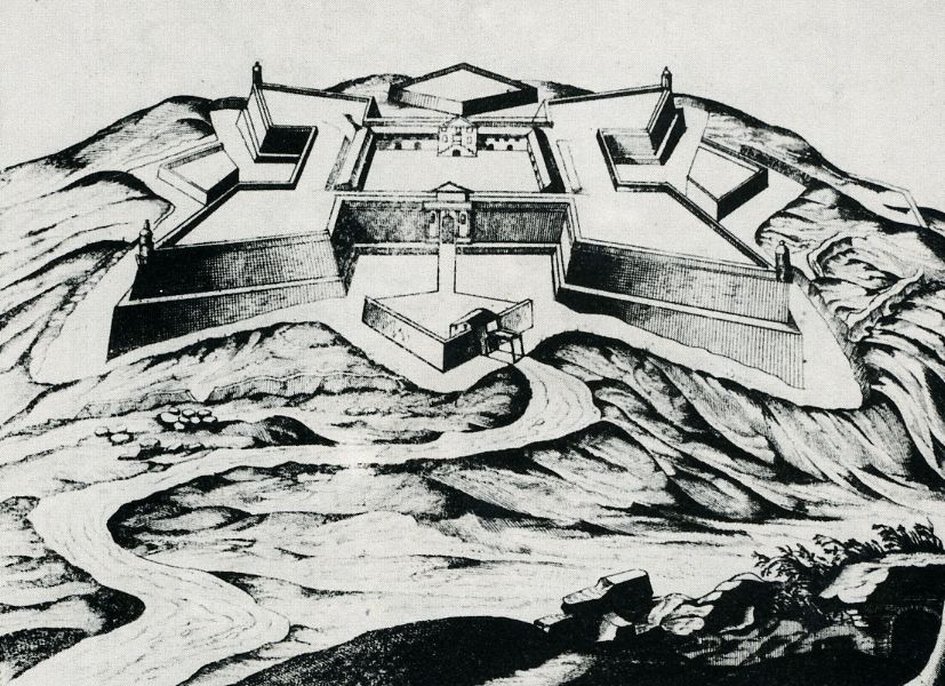 At the beginning of the 18th century the principal entrance with the moveable bridge was repositioned from the south flank to the west side and after that the maintenance of the fort ceased completely. Until the arrival of the Austrian army in 1813 the fortress had been abandoned and devastated. The Austrian army had demolished the old, worn structures and from 1840 it started building new ones. The interior of the fort changed with the construction of new casemates. All that remains from the fortification built in the 17th century are the well preserved curtain walls with their bastions and flanks.

In 1861, on the outer side of the north wall that is shaped as a half-moon, the Austrians built the fortress’ first water cistern while the internal cistern was completed in 1876. The cisterns were built as part of the first modern water supply system of the city of Pula, and so the fortress also became an important municipal building. Under the Austrian rule it was called the Hafenkastell and its function had predominantly become that of an army barracks for the accommodation of the military, rather than that of a fortified structure whose purpose was the defence of the city and the port.

After the end of the Great War and the dissolution of the Austro-Hungarian Monarchy the fort lost its defensive function. The new Italian authorities retained the military-strategic purpose of the building and used it as a point of observation and communication. After the Second World War it housed the Yugoslav Army forces and by the beginning of the 1960ies it was repurposed as a museum. Today it is a home of the Historical and Maritime Museum of Istria – Museo storico e navale dell’Istria that displays permanent and occasional exhibitions. A unique view of the city, its bay and suburbs can be enjoyed from the walls and the top of the tower rising above the fortress.